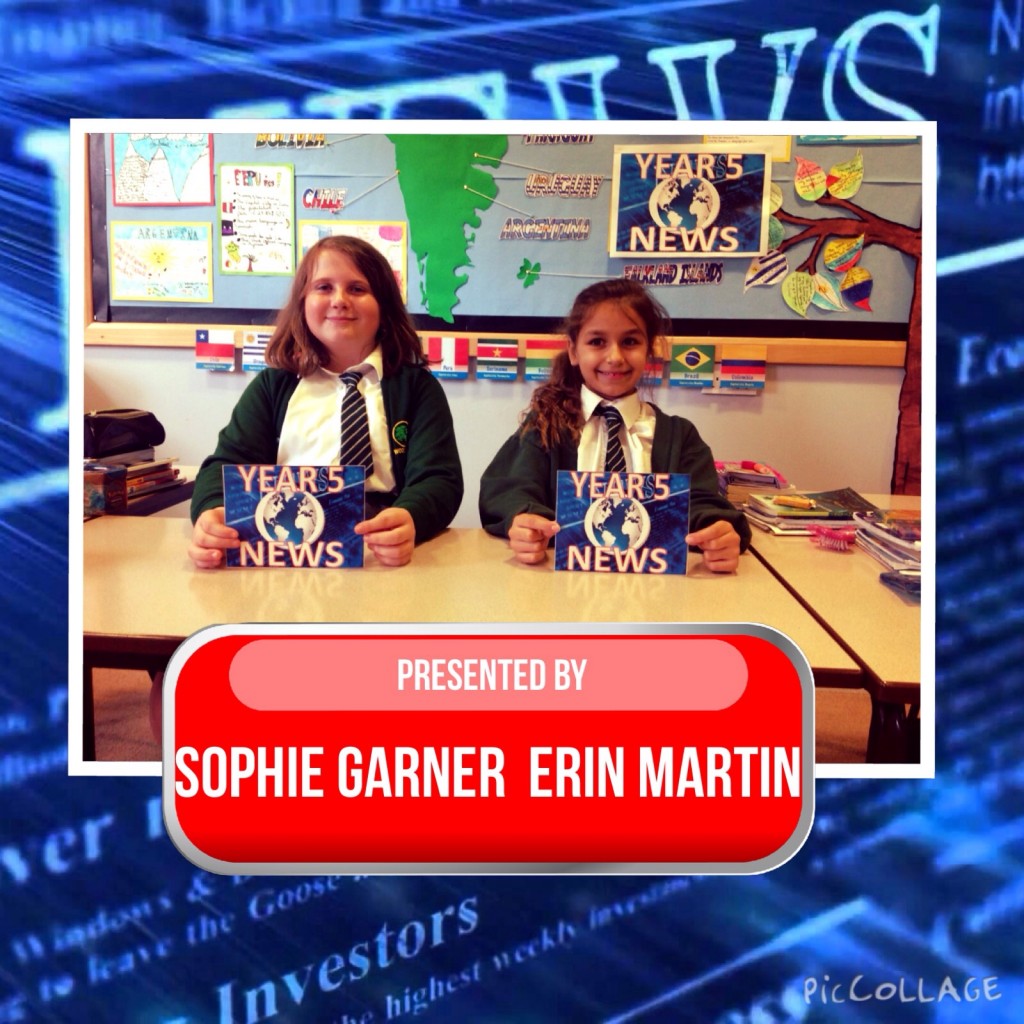 On Monday ,in maths. we learnt about factors and finding the products of factors. We also created a Hundert Watsser Style picture using oil pastels and found out facts about him like he is an Austrian artist.

On Tuesday, in Maths we attempted to identify square numbers, for example 9 squared is 81.  Also in the afternoon we  did basketball for P.E with Mrs Richards to determin who gets chosen for the basketball tourmanent which is on 24th of November 2015.

On Wednesday phsyiotherapy students from UCLAN came and talked to us about the cardiovascular system. We had to identfiy different parts of the heart. We did different activitys to get our heart and pulse moving faster and then we took our pulse.

On Thursday , we practised multiplying in our heads like 9×14=126. In English we edited our Micheal Murpurgo storys to fit our liking .We also started our christmas cards for a competition  and if you win you get to meet the Mayor and Mayoress!

On Friday, we re-wrote our Micheal Murpurgo stories and wrote it on a piece of paper in our best handwriting to go in our class book so that everybody who comes into y5 can read them.  After break we did the bleep test in the Hall with Mrs Richards.

By Erin and Sophie. 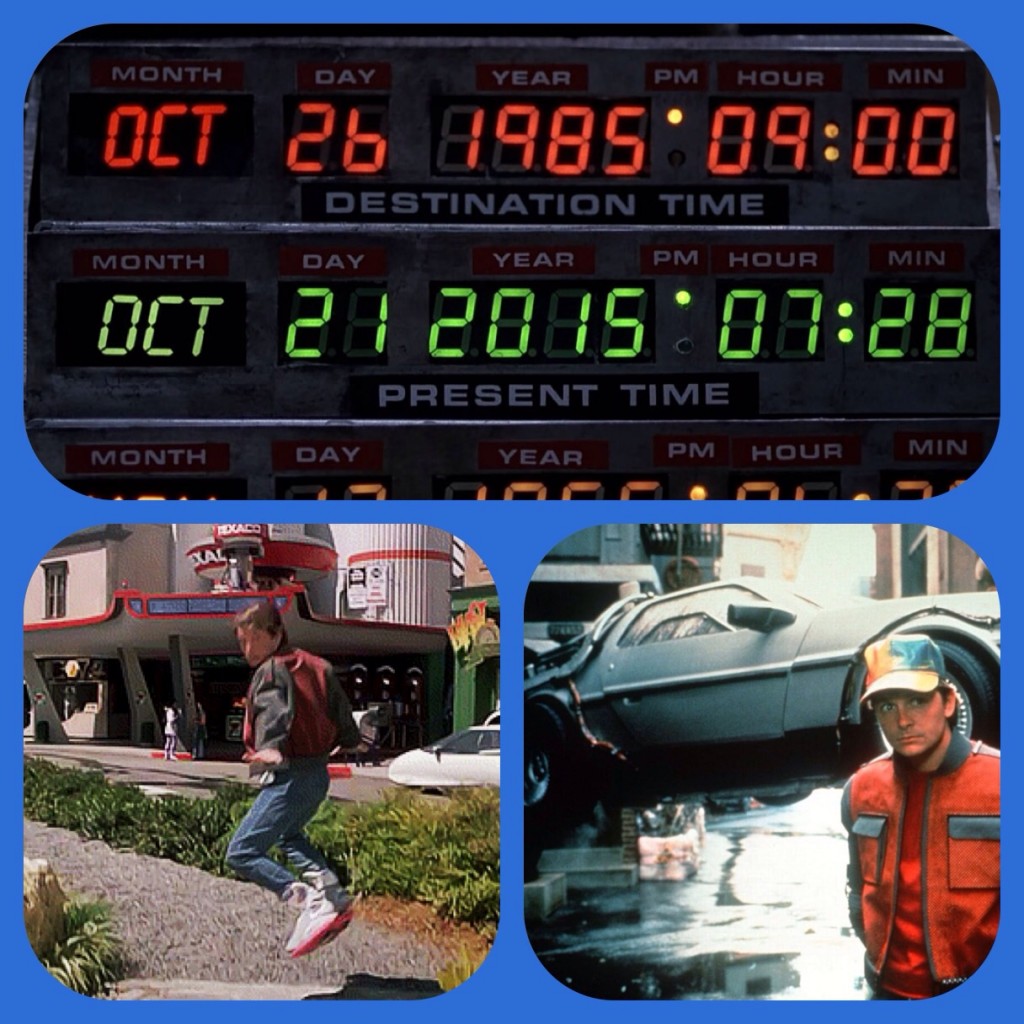 Your homework for this half term is to predict what it will be like in 30 years time! You may have seen on the news this week a famous movie made in 1985 called ‘Back to the Future’. In the film, the main character Marty McFly travels 30 years into the future to 21st October 2015. There were lots of things that the film correctly and incorrectly predicted! For example, flat screen TVs, video calling, google glasses, drones, digital cameras, XBOX Kinect and 3D films were just some of the correct predictions made by the writers. However, they also predicted there would be flying cars, hoverboards, self-tying shoes and lawyers being banned were just a few of the things that they got wrong about the future.

Take a look at the video from the film which shows Marty in 2015. Can you see anything else they got right or wrong? Your task is to make 8 predictions about what life will be like in 30 years time!

I can’t wait to see what ideas you have! Have a great half term and see you on 2nd November! 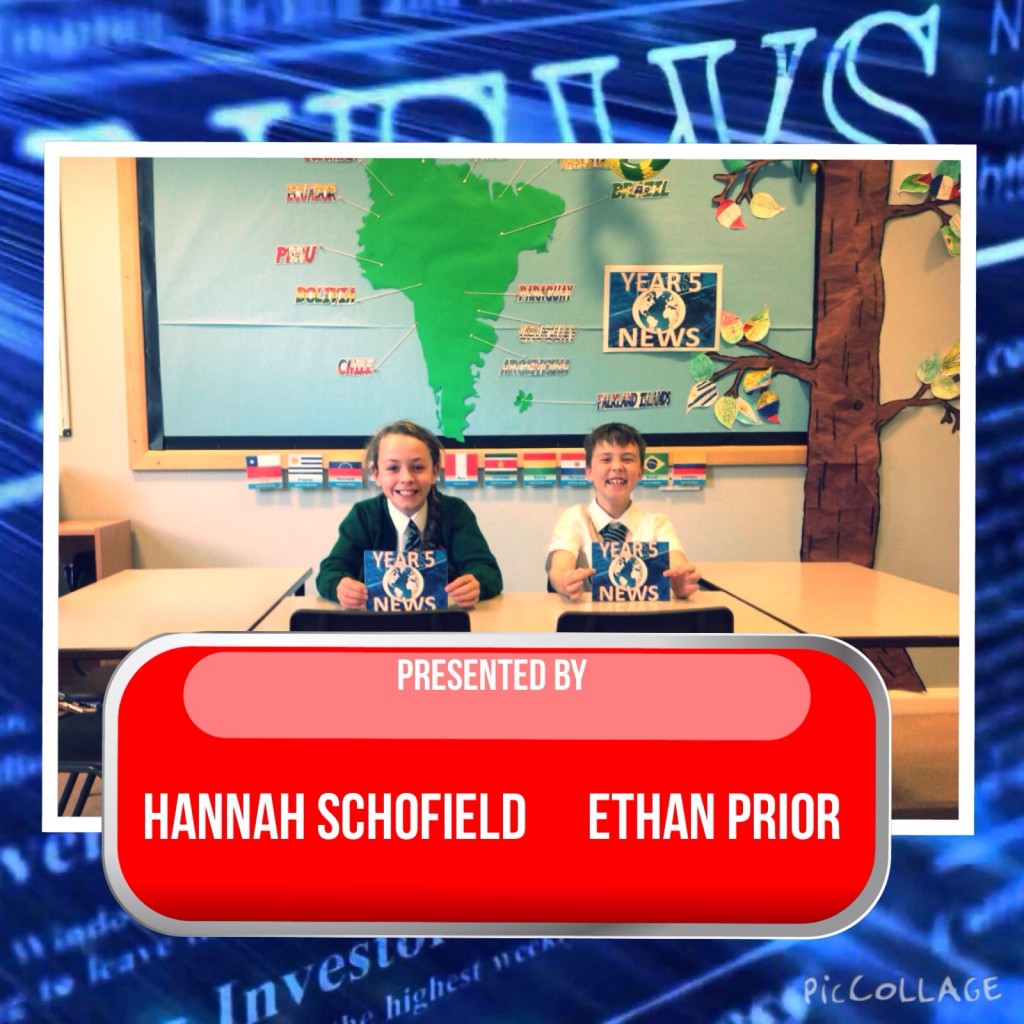 Hello, we are the star reporters! I’m Ethan and this is Hannah S. We are going to tell you about the things that we have been doing in the week!

On Monday we had a special visitor called Mr.Prout. He came from Standish high school and he showed us a differant way to do grid method. This method is called column multplacation, and some of us found it a little bit difficult.

On Tuesday, we went on a eco trip! When we walked out we couldn’t believe what we saw! A bright blue double decar bus! We learnt all about Reduce,Reuse and Recycle and differant types of energy.We Reused plastic cups,to make bird feeders and our hands were very sticky and we didn’t like the smell of our hands but we had a brilliant time! In the afternoon,we had p.e! We were learning basketball but unfortunatly, we didn’t have very long. We were practicing catching and keeping control with the ball.

On Wednesday,in the afternoon we had a really fun guitar lesson! We practiced a song called Big Blue Bear! It was a really enjoyable lesson!

On Thursday, we wrote an opening to our own Michael Morpurgo style story! Also it was our very first parents evening in year 5! Later,after dinner we Researched  South America! Me and My partner McCauley reasearched Angel Falls in Venezuala. Ethan and his partner Matthew W,they researched a place called Machu Pichu!

On Friday, we converted meters to centimeters and kilometers to meters! We had a very special harvest assembly. Everybody brought some food to donate to the Brick! I brought some differant soups! Ethan brought tomato soup and some rasberry jam!

Thankyou for reading our blog! We hope you enjoyed reading about our week. 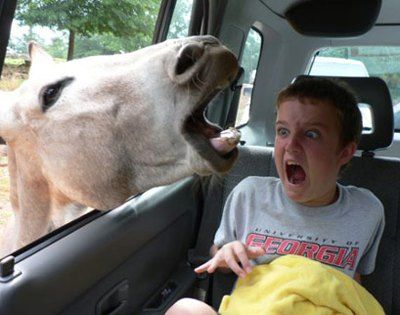 Your homework this weekend is to write a story opening about a disastrous trip to the zoo. Remember everything we have been talking about in our English lessons where we have been writing in the style of Michael Morpurgo. Use show me sentences! Do not tell the reader what is happening, make them guess from what you are showing them in your writing. For example, instead of saying ‘the boy was angry’, you might write ‘he clenched his fists and his face turned as red as a traffic light’. Challenge yourself to use as many of the descriptive features we have discussed in class as possible!

I’m looking forward to your magnificent comments. Don’t forget to comment on someone else’s homework and tell them what you liked about it!

We had a fantastic time on Tuesday morning visiting the Wigan Warriors Community Foundation at Central Park to become green warriors! We learned lots of new things about energy and recycling, learned how heat pumps and solar panels work, conducted our own experiments and made our own bird feeders to take home! It was such a busy and exciting morning that we were late back for out dinner! Luckily the dinner staff saved our dinners for us and the adults from Wigan Warriors and Mitsubishi Electric wanted to say well done year 5 for your outstanding behaviour on the day!

I would love to know, what was your favourite part of the trip? 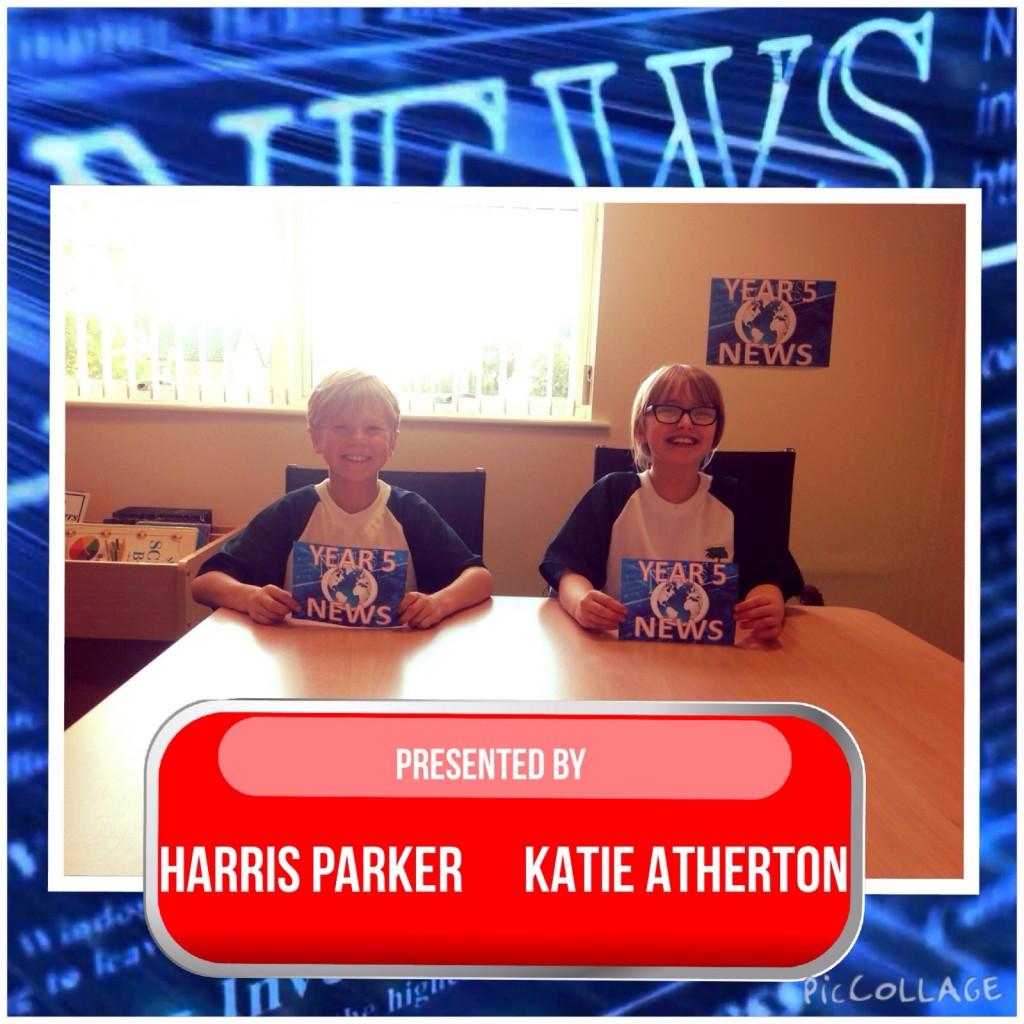 Hello we are  Harris and Katie.

We are the class star reporters and we would like to tell you about the things we have been doing. On Monday we were experimenting with the parashoute because we were looking at air resistance, and we also made some spinners! It was really fun!

On Tuesday, we played hockey with Mrs.Richards and congratulations to Harris ,Kian ,Will ,Nithu , Ethan , Eve L , Hannah S and Jessica who made the hockey team! Also, congratulations to Matthew W, Rebecca, Scarlett , Eve L , Ben M and Ben syner who going to go to the swimming gala!

On Wednesday we did our reasearch on Micheal Mopourgo where we had lots of fun finding out information about him such as; he likes elephants, he loves eating prawns, he was evacuated during World War 2 and his favourite sports are football and rugby. We also did guitar wher we learned a great new song called ‘the big blue bear’.

On Thursday , we wrote a dairy entry about Mr.Bean going to the dentist. After dinner, we learned about internet safety and how to be safe when downloading.

On Friday , we did some co-ordinates in Maths. Some of us used co-ordinates to make secret messages and others made pictures of Olaf! Then, we did presentations on Micheal Mopourgo , that we had been practising it was really fun!!

Your homework this weekend is to write a spooky setting description about this picture. Remember to include the 5Ws in your writing. What can you see? hear? touch? smell? taste? Challenge yourself to use as many similes, alliteration and personification as you can! Make sure you don’t scare yourself too much! The best description will win a dip in the box!

I can’t wait to read your ideas! 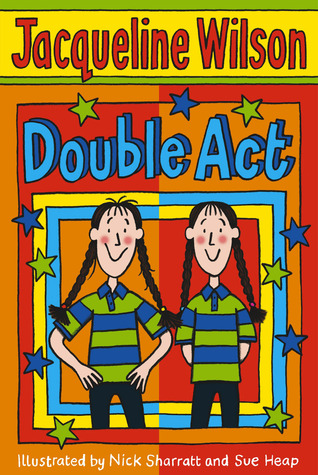 For your homework this weekend, click on the book cover to be taken to the e-book and read pages 1-5  and answer the following questions in a comment!

1. What are the names of the twins?

2. Can you list any differences between Ruby and Garnet?

4. Who came first at sports day?

7. Who made all of the twins clothes?

8. Would you be friends with the twins? Why or why not?

9.  Why were the twins a ‘laughing stock’ at school?

10. What does laughing stock mean?

I can’t wait to see your answers!

Come and see what we've been learning!